How to increase diversity in the outdoors 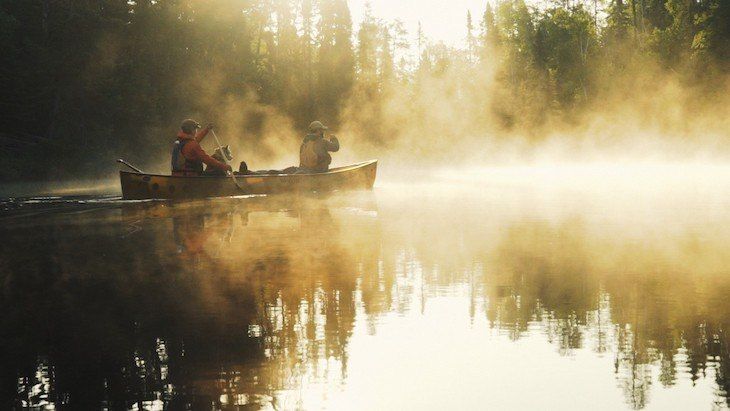 Photo by Amy and Dave Freeman

Kat is a reporter and editor based in New York, NY

Our national parks are insanely popular: the whole park system saw more than 330 million visits in 2017. But a National Park Service survey found that just 22 percent of visitors were non-white. To address this major diversity problem, a group of outdoor leaders launched a conversation (sponsored by REI and published by The Atlantic) to brainstorm innovative solutions for making the outdoors more welcoming for everybody. Here are a few highlights.

When you think of iconic outdoor writers, who comes to mind? John Muir? Thoreau? A lot of old guys with beards, we’re guessing. But they shouldn’t be the only ones to tell the outdoors story. Parks could invest in diverse storytellers for park memorials and visitor programs, so marginalized folks can see themselves reflected in our natural heritage. “The park system has to tell stories that relate to communities of people of color, and to their history,” former Secretary of the Interior Ken Salazar told The Atlantic.

Sure, we all love the classic flat-brimmed ranger hats. But the law-enforcement style of national park staff uniforms can be off-putting to groups that have historically been targets of police harassment or violence. And workers toting firearms and wearing tactical gear is definitely not a good look. Instead, uniforms could be revamped to appear more in line with what park visitors are already wearing: in the UK, for example, workers sport Columbia jackets.

One way to make the outdoors more diverse—and more welcoming—is by creating paid internships for Millennials who want to get involved in the outdoors. Right now, most of those internships are unpaid, which means that only privileged people can afford to do them. Offering paid opportunities won’t just encourage marginalized youth to take part—it will also help interns access full-time jobs that could lead to incredible careers.

Visiting national parks can be crazy expensive. On top of airfare and hotels, sometimes you need to rent a car just to get to the park. Admission fees are also increasing. One tip to ease the burden: Parks could team up with Uber and Lyft for cheap rides, so those without cars can still enjoy the park experience. Cities could also extend their bus routes to park entrances. Another suggestion: ditch the entrance fees and campsite rental charges for first-time visitors.

Brooklyn Bell, an outdoor athlete and student at Western Washington University, told The Atlantic that national parks could literally set the stage for music festivals, art exhibitions and food truck gatherings. These new uses could appeal to a wider chunk of the public who would otherwise give parks a hard pass. Even the ads to publicize the events could feature more people of color and innovative graphics to attract new visitors. “We could change the advertising to make it so that the outdoors are cool,” Bell said.

For more on inclusivity in the outdoors check out Unlocking the Outdoors and How Social Media Makes the Outdoors More Inclusive.

Check out our next Project: 5 Big Issues Impacting the Future of Planet Earth