A Climate Change Ad in the Superbowl? 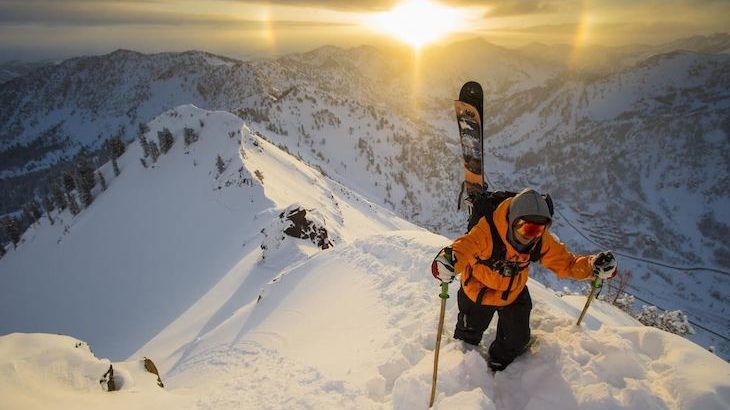 What would happen if the world’s most watched sporting event was confronted with climate change? This skier wants to find out.

You might know Julian Carr from his spectacular, world-record setting cliff jumps, or perhaps from his line of ski gear, Discrete, where he is the CEO and founder. But did you know the Salt Lake City-local is trying to crowd-fund a Super Bowl commercial about climate change? Leave it to a world-class skier to shoot the moon—you can help him catch it. As of 12/17, he has raised $32,000. See his Kickstarter campaign #AirMyGlobalWarmingAd.

Here Julian answers a few of our questions.

What makes you want to reach the Super Bowl audience with your ad?

Can’t argue with that. What would be the payoff for climate change?

You’re trying to raise five-and-a-half million dollars. Do you think it could be better spent on actually solving the problem somehow?

Was it hard to get the support of an ad agency to donate their services when they could be making millions on paid ads?

Julian Carr: I happen to be childhood friends with Zach Canfield, a project manager at Goodby Silverstein. He has personally worked a few dozen Super Bowl commercials. I just called him up and presented the idea. He chatted with Goodby partners, they were all about it.

I imagine this idea came to you in a “eureka!” moment–is there a good story there?

Julian Carr: Being an ambassador for Protect Our Winters, I have been fortunate to attend climate seminars given my top climate scientists, as they explain the horror unfolding on this planet. One common theme from the scientists—they all say their data/message isn’t heard by the masses. From that, I thought why don’t we get some data from scientists, pair that with a top ad agency, raise funds, and purchase a Super Bowl commercial, create messaging to articulate these climate realities to the masses.

Would you ski something new for the commercial?

Julian Carr: The commercial isn’t about skiing necessarily, it’s about sitting down with Goodby’s team, POW, climate scientists, and all of us coming to a creative brainstorm culmination of how to feature the dire reality of the data in a clever, pop-culture relevant way. One of our aims is not only 30 seconds of airtime, but also all the post Super Bowl media frenzy, everyone talking about their favorite commercials. We intend to be a part of that narrative, shake it up, create something inspiring and dire.

On the Edge: Lewis Pugh