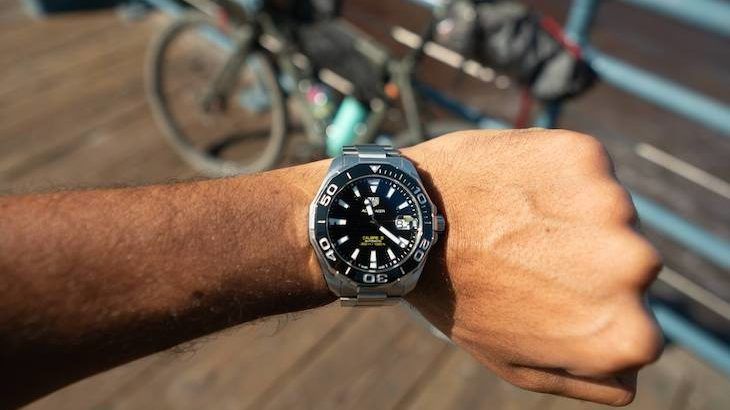 Geoffrey is a NY Times author, documentary producer, and journalist

He looked at his legs and was nervous. Karam Nwilati had never embarked on a bike trek of this style. His calves were skinny. His quads were untrained. A nomadic travel photographer and videographer, Nwilati had been cooping out in Bali, land of the yoginis, and he was hardly prepared for what he’d signed up for: a 500 mile juggernaut through most of California, from the Redwood forests in the north to the beaches of Los Angeles in the south, and mostly on first roads.

His companions on the journey were equally imposing. His trek leader had been competing in mountain bike tournaments long before he could drive. Joey Schusler grew up in the Rocky Mountains, and after turning pro (at 13) he competed in tournaments in the Italian Alps, the highlands of Scotland, and the most challenging mountain ranges on the planet. He was among the world’s most elite riders, ranked #2 in the States not too long ago, and 32nd in the world.

Karam was in trouble. Was he really fit for a major ride like this, and with a pro like Schusler? What if he collapsed? He’d be roadkill in his bibs, holding everyone up. What exactly had he signed up for?

In the airport, they were already tuning up. Jetlagged from his long flight from Indonesia, Karam met Joey and Thomas Woodson, another veteran rider along to document the trip. They were methodically checking equipment, components and weeding out every piece of clothing or gear they could discard. The ride would be ten grueling days; any additional weight would make every mile harder.

Watching and meeting Joey in the airport, Karam felt a sense of ease. Most pro athletes are defined by their sense of competition; here was an athlete who radiated compassion. The trust was earned before they clipped in and there was no turning back.

“Joey became like a mentor to me,” Karam said. “We put on our watches and were off.”

The state of California is a colossal hunk of land to navigate on two wheels, a landscape of coast and mountain, revealing majestic pockets of natural beauty. After riding off from the airport terminal, past the blink lights of the tarmac and skyline of San Francisco Bay, the Roam Team made their first sprint and landed in the Redwood Forest.

Joey awed at the contrast of light and temperature. “I mean, it was just a beautiful, sunny day and it was just dark in there,” he said of the Redwoods. “It’s so crazy how much light the canopy blocks.”

“It’s a very humbling experience just standing at the bottom of [a red wood tree] just looking up,” Karam said. 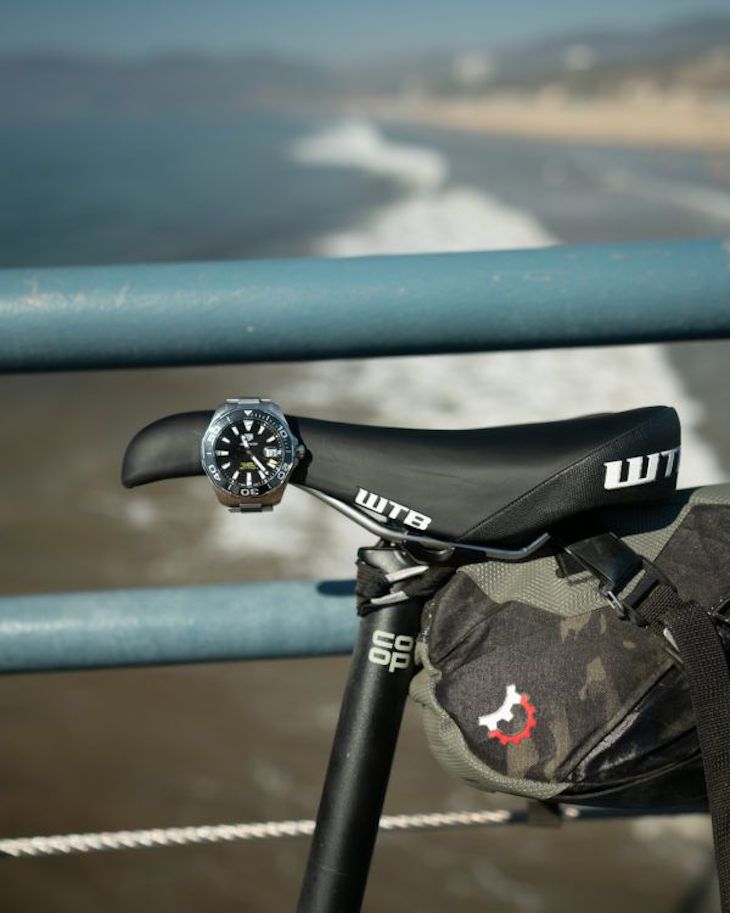 The Team chose no specific route on purpose, improvising the plan over the map and coffee each morning. The goal: 50 miles a day, southbound, through the most beautiful settings possible. They rode through seemingly endless miles of strawberry fields, snarled through forest dirt roads, and past farmers on tractors.

The TAG Heuer Aquaracer watches proved handy. With winter coming, the days were getting shorter. Tracking nightfall was critical.

“I never took the time even to explore [the States],” said Joey, whose treks have predominantly been abroad.

“The best part is the people you see along the way,” Karam said, along with his companions. After a day together on the road, he and Joey and Thomas got so close the trek felt like a family re-union among lost brothers. To save on cash, they wrapped up riding days at budget hotels, sharing a room and piling into the same bed to sleep. Joey and Karam took the outside. Thomas got sardined in the middle.

“The best way to build friendships and connect with people is through challenge and adventure,” Joey said. “You have to put trust in each other and you have to work together.”

The trouble started with the heads wind. On the highway. This was early on. Joey looked back. He saw Karam had fallen way back on the road. He was struggling. The wind was pushing him back. His legs were burning.

“I needed to let my body catch up with the exercise that I was doing,” he said. “We had to do a lot of big climbs.”

He wanted to rest and recover. But there wasn’t much time.

“My mindset was there,” he said. “I knew my mind would get me there.  But it was difficult to convince my body that it was able to do it.”

On the highway, the winds in front of them, Joey and Thomas waited. 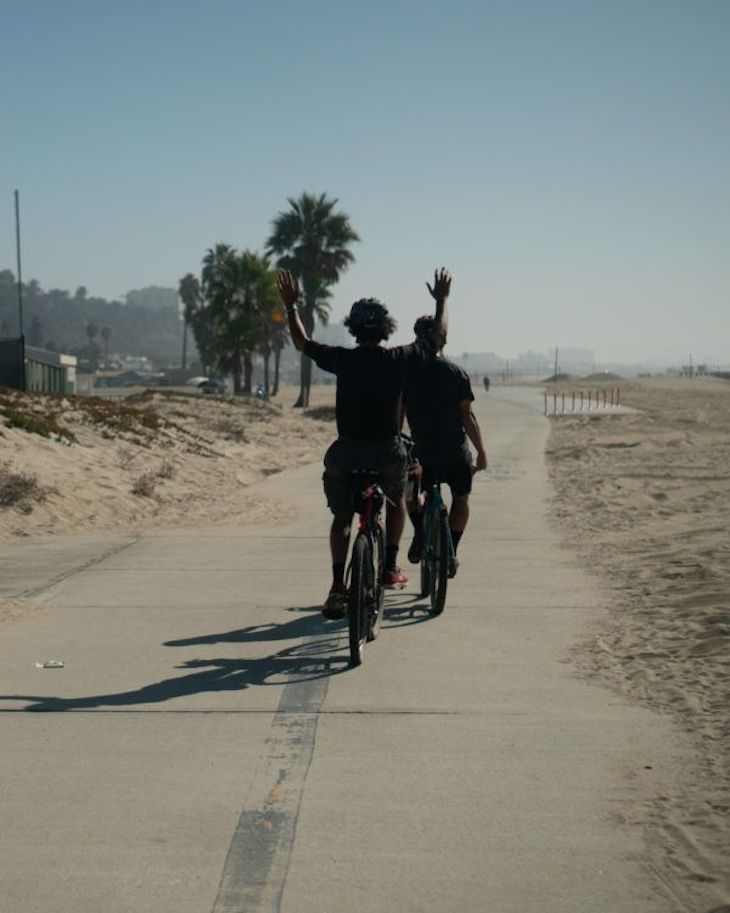 And they set off again – in unison. Joey and Thomas were breaking the wind first, creating a pocket for Karam to peddle with less resistance.

“I was touched by that moment,” Karam said. “There was definitely less wind resistance, and the guys were right in front of me and I was more sync with them and had more motivation to keep up.”

They called the finish line at the Santa Monica pier in Los Angeles. The sea air was cool, their butts were all sore and after lingering around for a few hours it felt like time to pack up the bikes. The snarling, traffic-choked web of freeways in Los Angeles was no fun to ride through anymore. Besides, the mission was accomplished. Perhaps it was accomplished when they started.

“We went into this as strangers and came out as friends,” Karam said. “That was pretty sweet.”

“All of us rode into fitness,” Joey said, “but it was so cool to see Karam the first couple of days struggling and then get so strong. It was insane how much harder, faster and longer days he could put in. He even woke up one morning and looked in the mirror and was like, ‘Damn, look at the quads!’”

“I still looking in the mirror right now,” Karam said, of the new pair of legs the ride gave him, and the result of meeting a mentor. “I’m like, ‘Wow, thank you Joey.”

Check out our next Expedition: Bringing Only the Essentials while Bike Touring