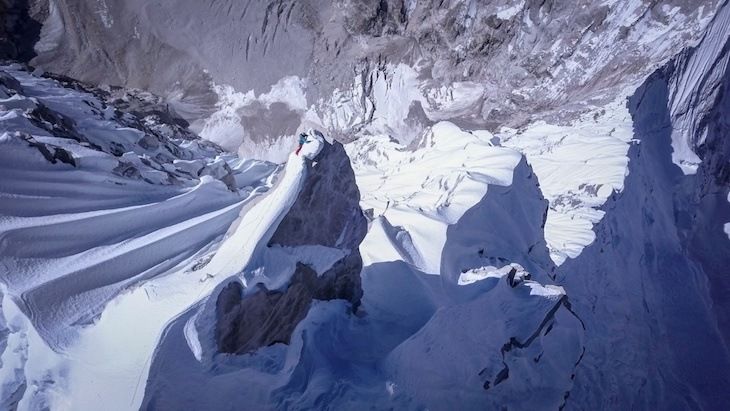 When it comes to alpine climbing, David Lama is about as badass as it gets. He is arguably the best alpinist of his generation. And he just free climbed a gnarly unclimbed peak in Nepal.

As a teenager, David proved to be a natural. In 2010, the then 18-year-old won World Cup titles in bouldering and lead climbing. He then shifted his focus to mountaineering.

In 2011, he made his mark. His first free ascent of the infamous Compressor Route on Cerro Torre in Patagonia was the stuff of legend. The history of Cerro Torre is complex, catch up on it here, but suffice to say, no one had been able to free climb Cerro Torre, though a few bold souls had tried. David pulled it off and made a film about his experience, A Snowball’s Chance in Hell—the title sums up the challenge pretty darn well.

Climbing Lunag Ri was born out of the idea that Nepal has so many incredible unclimbed peaks, not just overcrowded Everest. David, whose dad is Nepali, and Conrad Anker, who founded the Khumbu Climbing Center to give Nepali mountain workers the international climbing skills, dreamed up the idea to climb this difficult peak.

Their first attempt in 2015 failed due to a tactical error just 300 meters from the summit. They returned in 2016 when Conrad had a heart attack at 6,000 meters—Lama encouraged him to seek full medical attention and Conrad made a full recovery.

In 2018, he returned to tackle the challenge himself. He spent two nights in a bivouac in the challenging rock and ice terrain. He belayed himself through the most dangerous, exposed sections, though much of the climb was without a rope. He says:

“This ascent of Lunag Ri has been some of the most intense time I’ve ever spent on a mountain. Being alone certainly added to this experience, as did the journey that began my first encounter with Conrad. There are still plenty of unclimbed mountains, but in contrast to Lunag Ri, many of them are not very attractive from a mountaineering point of view.” 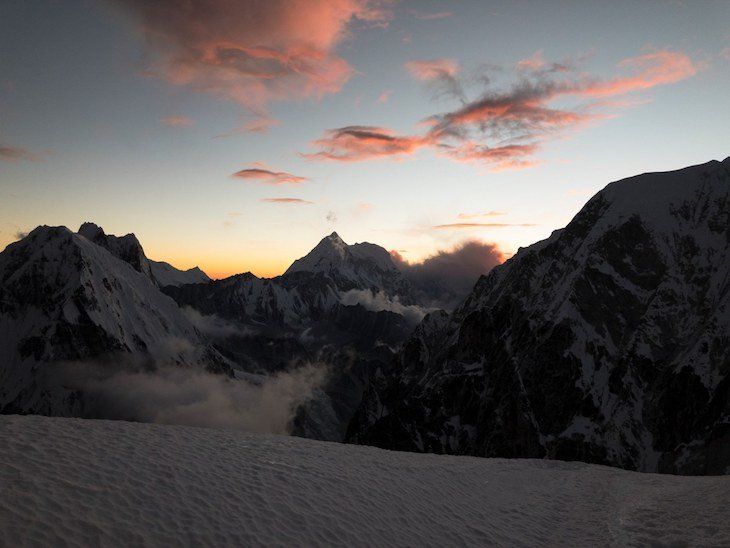 Looking into the Himalayan mountains from the first bivi on October 23, 2018; Photograph by David Lama/Red Bull 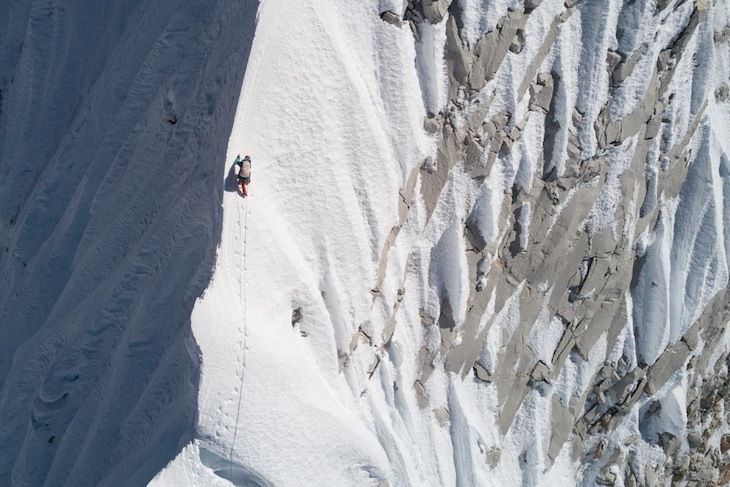 David Lama climbing up a ridge during the solo first ascent of Lunag Ri, Himalayas on October 24, 2018; Photo by Martin Hanslmayr, Red Bull 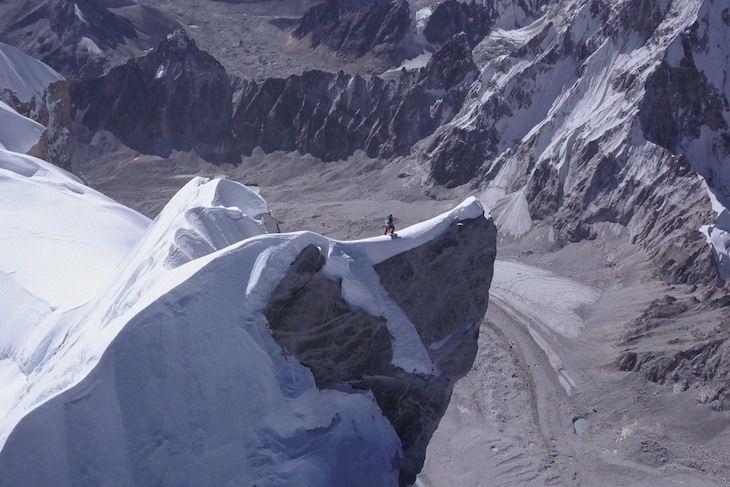 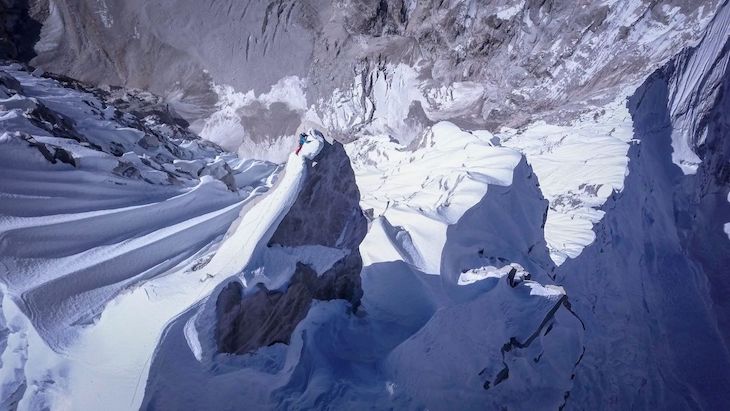 Check out our next Expedition: Two Swimmers Chase World Records in Different Oceans