This full-time math teacher has been to 50 out of 61 U.S. National Parks 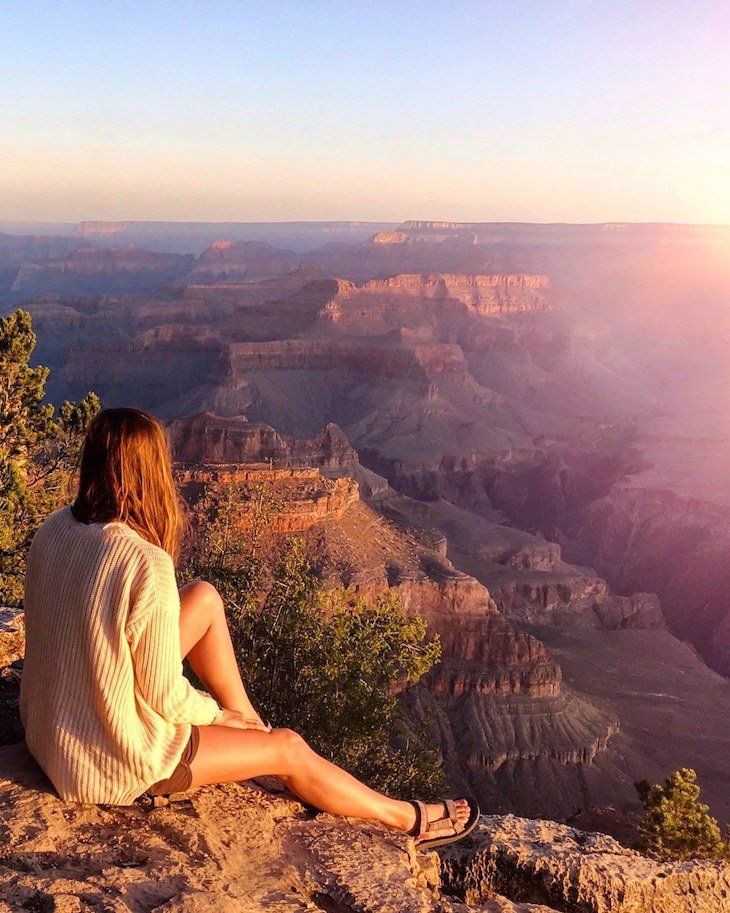 Emily is a full time math teacher who spends her summers traveling to U.S. National Parks

I left my airport hotel in Anchorage at 7 am on Saturday morning. The mountains were invisible behind the clouds. I got into the Lyft, taking me to pick up the van I was going to live in alone for the next few weeks. My first stop was a helicopter tour. “It’s taking me up onto a massive glacier,” I tell my driver. “Are you here for work or pleasure?” she asked. “A little of both,” I reply.

“I’m a math teacher,” I respond when she asks what I do. “So, what are you doing here?” she responds — clearly confused. I tell her I’m here to take some photos and tell some stories. “Of kids in math class?” she replies. I laughed, “No — this is something entirely different.”

I didn’t start traveling solo or otherwise until 4 years ago. I was 29. The sun had just set in Flagstaff, where I was staying in a cheap hotel. I was too anxious to sleep so I tried on my backpack and looked in the mirror. Wondering if I looked outdoorsy enough to spend a day hiking. It was the first backpack I’d owned as an adult. I didn’t even know what to put in it.

After a restless night, I woke up early and stopped for coffee — surrounded by mostly older men in hiking boots that looked too new. They were thumbing through guidebooks and double checking they had remembered their memory cards. We are all here for the same reason, that was painfully clear. To have an adventure. To see, arguably, the thing highest on an American bucket list. I was reminded of my Great Uncle, the catalyst for this trip. Of him sitting here decades before me, probably with a much better backpack.

My Uncle was a math teacher, just like I am. He traveled to National Parks during breaks from teaching, just like I was (as of that moment, anyway). We always had the same tastes. We liked the same TV shows. He gave me a check for $500 when I started college. Don’t tell anyone, he said. I’m proud of what you’re doing. 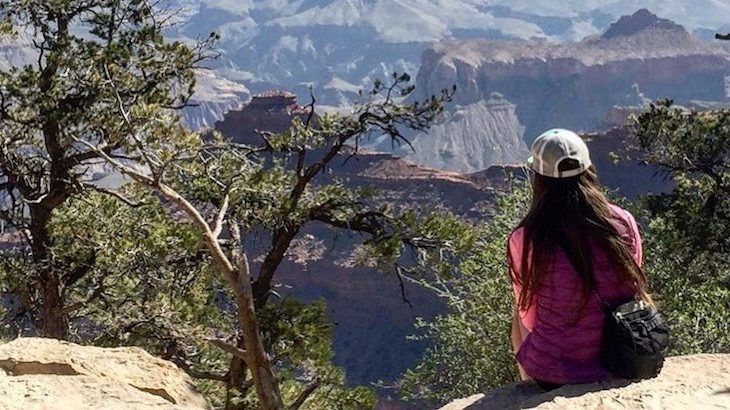 At his funeral, while we waited in the strange white room for family members, a woman came to the door. They brought a bus, she said. And as we walked into our designated front pews, we understood what she meant. Saw the crowd. The bus was full of students from the small local high school. Uncle Dale had been retired for years, but he volunteered and coached volleyball at the school. They were all weeping. He had influenced them.

I should go to the Grand Canyon, I thought one night shortly after, laying in bed. I got up, turned on the light, and started writing in my notebook. Where will I go first? How long is the drive? How much money will I need? What supplies do I have? I stayed up for hours. And then the next night. And the next. Until the first day of spring break arrived and I was heading south from Denver. A week laid out in front of me. My only companion was the road.

Beginnings are scary. I’ve told that story so many times now that it’s almost too perfect. The dots are so well connected in hindsight that I’m able to see the moments for what they were. The magic that was brewing. But it didn’t seem that way at the time. 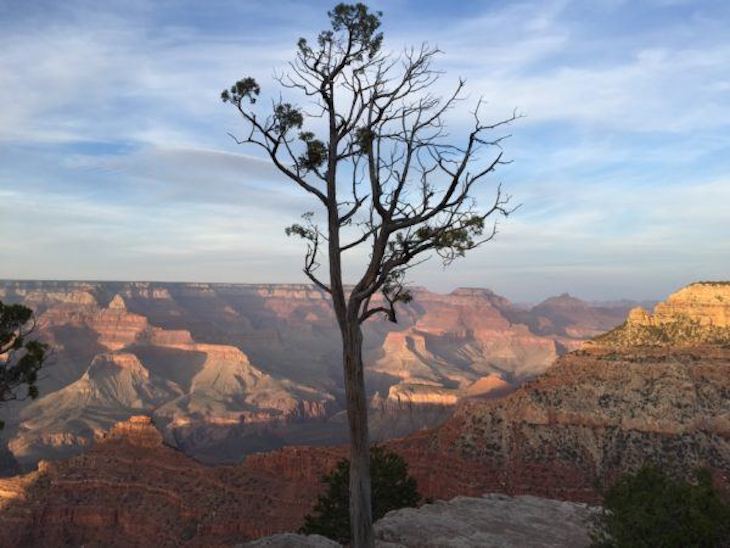 I didn’t travel much at all until that trip. When I left my apartment, I was more than anxious — I was scared. Scared of what might happen. Scared of the things I didn’t know. What if I _____ continued to run through my brain. The most absurd thoughts taking hold in the vacuum I had created. Then the second wave of thoughts berating myself for being so silly. Of course, I’ll be fine — I always am, I reassured myself. After a few hours, I had to reassure myself less and less as I believed myself more and more.

Just four years later I’ve repeated that process countless times. Through 50 of the 61 US Major National Parks, 5 in Canada, and many return visits. I’ve driven through nearly every state solo, hiked in State and National parks, National Historic Sites and Seashores, cities and prairies, lakes and mesas. I’ve kayaked in the Atlantic and the Pacific, snorkeled in the Gulf, rode a horse through the high desert, and hiked on glaciers in Alaska. All solo. All beginning the same way — with the what if’s. The anxious mind. Scared of what might happen.

I spend my days surrounded by tweens and my weekends traveling solo around the country. I solve the same equations 5 times a day to classes of 30 8th graders, then come home to write long captions for thousands of people on the internet.

These two parts of my life are seemingly disparate. Completely, utterly, and entirely different. And yet I fit so neatly into both spaces.

I have to laugh whenever I’m described as an “influencer”. I’ve spent the last 11 years attempting to influence the lives of my students. Hoping that something I’ve said to them will stick. And now I’m given this strange and wonderful platform to attempt the same thing with others.

To widen my circle of influence in the same way that my Uncle did.
And while the two parts of my life might seem utterly different, I’ve realized they’re actually not so far apart. I’ve learned the same lessons through them both. That no one is just one thing. We are not binary.
I can be an expert and a beginner. Often all at once. An apprentice and a leader. Silent and disruptive. A role model and a mess.

We are many things. Seemingly opposing things. But that’s what makes you. It’s what others are watching for. Being inspired by.

For more of Emily’s essays check out Just Start and Insignificance!