The dramatic rock formations of the Utah Desert create the perfect environment for highlining. This sport and location demand a certain type of individual and require a certain type of vehicle. In this episode, Ryan Robinson takes us for a ride in the passenger seat of his RV. Off the grid, deep in the Utah Desert, Ryan and friends chill by the fire, tell stories, and of course, rig a one of a kind highline.

Check out the rest of the Boundless Series:

Episode 6: The Next Adventure

World of Moonlight
by Max Owens for Roam + GORV

On a clear night, moonlight in the desert has a special quality. Uninhibited by clouds or layers of foliage, it bathes naked rock with earnestness. Paints it with a thick coat. I wander through a jumbled collection of boulders at the base of a cliff. The moonlight covers everything with a dull, silvery sheen, and I wonder several times if I’m dreaming. Or maybe my mind is still foggy from the long drive—I’m not sure. I find myself brushing my fingers along the sandstone as I pass by, to see if the texture of the rock feels as unfamiliar as it looks. It’s still warm to the touch, hanging onto the memory of a hot desert sun. For me, it’s a welcome reminder that I am, in fact, in the same place that I was before the sun set, and not another world entirely. I scramble up the backside of a huge boulder and sit on top, watching as the moon climbs higher in the darkening sky. The air around me cools, and it feels almost as if the moonlight itself is responsible. I think about the sun and the moon, and how over the length of a day, they seem to strike a perfect balance—one that I can nearly feel in the cooling sandstone beneath me. The idea seems oddly fitting. 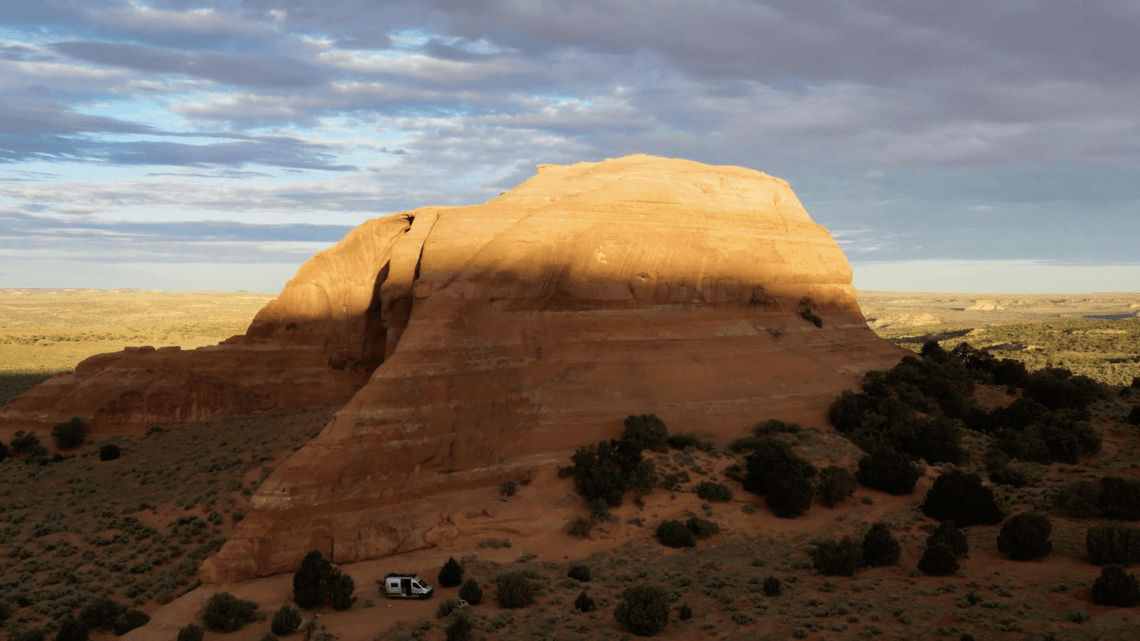 I’ve spent many days and nights here, in the desert. I first came for the red rocks, stayed for the solitude and quiet, and returned—again and again—for the endless exploration that this land of slickrock canyons and wild openness affords. Sooner or later, all of my roads lead to the desert. And the more time I spend out here, the more keenly I appreciate this place as a land that defies a single definition; a land that embodies contrast.

Just as the words “sunlight” and “moonlight” do little to describe the complexity of colors, shades, moods and intensities of light on display each day here, “desert” hardly does this place justice. The word invokes dryness, heat and emptiness. This is sometimes true, perhaps, but the desert is also abundant, lively. There is more than naked rock here. The Ancient Ones, who left behind mysterious petroglyphs, knew that. This land of cliffrose, datura and juniper was sacred—still is, to the people for whom it is home. This is the land of lilies, jackrabbits, bighorn sheep and prickly pear. Mountains grow from the desert. The snow-capped La Sal Mountains, near Moab, were named by the Dominguez-Escalante expedition, which traveled through the area in 1776. One story tells how the Spaniards named the Sierra La Sal (la sal is Spanish for salt) after the salt beds found near the base of the mountains. Another story, and the one that rings truer in my mind, posits that as the explorers pushed across the desert, they simply could not believe that snow could persist in a place of such stifling heat, and that the mountains must instead be capped by salt. The desert is a study in contradiction. Water in other forms—in rivers, water pockets and subterranean channels—is also abundant, provided you know where to look. At least, there’s enough of it. And in a certain sense, water is always present, superimposed on the land itself: the canyons, slots, buttes, cliffs and towers that characterize this landscape are all products of the tireless work of water.

From the erosional masterpieces carved by rivers to the micromovements of sand on the wind, motion in the desert is a simple fact. And it is hard for me to imagine a feeling of freedom more complete than joining in with this movement. I’ve felt that freedom while bouncing down a dusty desert road in the RV, setting sun burning in the rearview mirror, one arm out the open window, where junipers blur together and umber cliffs scroll by. I’ve felt it hopping from one boulder to the next in a dry wash, or kicking up sand behind me as I bound over sagebrush. Freedom is both the empty road and the promise of what begins at its end. It is the river, as well as the float down it. It is the rock, and the climb to the top. It is the swirling volume of air between two cliffs, and the walk from one side to the other. And yet, freedom also exists where movement stops. Despite the constant and often urgent nature of movement in the desert, nowhere have I experienced such profound stillness. The stillness of the desert is complete. Many days, the wind picks up mid-morning and drones all afternoon, casting sand from one place to another and then back again. Then around dusk it stops completely, in an instant. The pinyon needles, the wildflowers, the columns of waxy sage leaves—none dare move. Those evenings I like to spend in my camp chair, leaned back against the RV, bare feet resting in the sand. Inviting in the stillness, I don’t think, let alone move. Nothing to do but watch the sun complete its descent to earth.

It was during one of these evenings, a few years back, that I realized that when the moon is full, sunset and moonrise occur just minutes apart from each other. The sun dipped below the horizon, dragging purples and oranges across the sky as it went. And then I turned east, where the leading edge of the moon was just beginning to rise from the earth. I think I actually yelled in surprise and delight.
There’s no doubt that the desert is a rugged place. To find that ruggedness, you have only to roll on pavement until a dirt road appears, take that road, and then another, and another, until you wonder if you’ll be able to retrace your path when it’s time to leave. And in spite of that ruggedness—or probably, because of it—the desert presents us moments of surreal beauty. It gifts moments that feel like tender, benevolent expressions, such as that full moon cresting a distant butte, even as the sun set. Or a world made of moonlight I never knew to exist.

Want to learn more about how to get yourself in an RV? Then START CLICKING below! 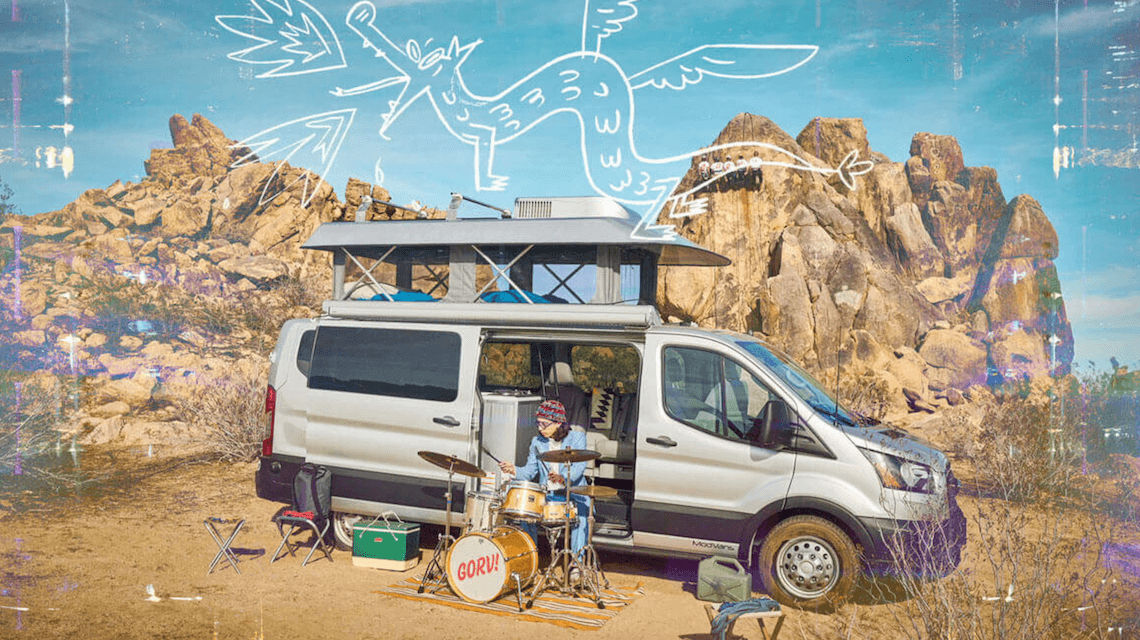