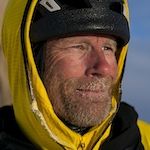 This class will refine your skills, expand your knowledge and provide greater connection to climbing by one of the greatest climbers to ever live. 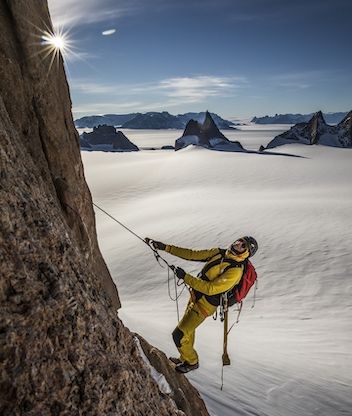 Few achieve the status of living legend. All agree, Conrad achieved this status years ago.

Now 56, Conrad’s climbing resume continues to grow, having many first ascent including the now famous Meru Shark’s Fin in India with partners Jimmy Chin and Renan Ozturk in 2011, which led to the Sundance-winning documentary, Meru. Conrad has climbed to the top of the world, Sagarmatha -Mount Everest, three times But for many years, one of his greatest passions has been in the Khumbu Valley of Nepal. Over more than 25 years of expeditions to Nepal, Conrad and his wife, Jennifer Lowe-Anker, founded the Khumbu Climbing Center in Phortse, Nepal, which provides training to the Nepali workers who have supported Western expeditions for decades. He has climbed all over the world, including 12 trips to Antarctica. When it comes to purpose, he is on the boards of the Protect Our Winters, The American Himalayan Foundation and the Alex Lowe Charitable Foundation.