From Hatchback to Academy Award

“Not in my wildest dreams would I have imagined winning” 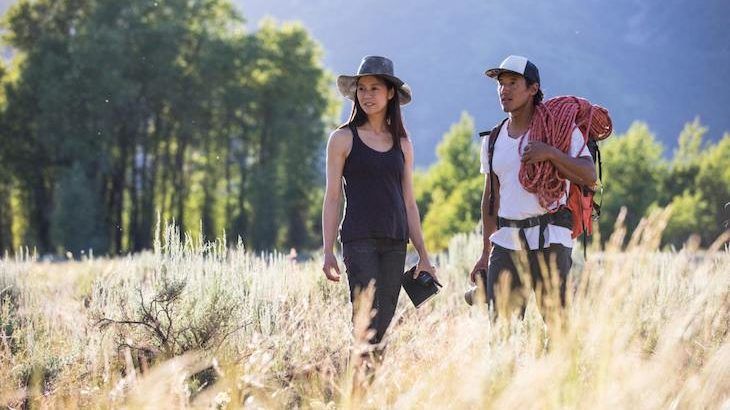 By ROAM with Jimmy Chin

Living in my Subaru hatchback in Yosemite 20 years ago, I was just focused on climbing and where I was going to get my next meal. Becoming a professional photographer and directing films wasn’t even on the list of things I thought possible. Not in my wildest dreams would I have imagined winning an Academy Award.

The whole film release and Academy campaign season was a bit surreal. I don’t think most people realize how many events and screenings you go to over the course of the year. It was literally a 6 month campaign from premiere through the release and awards season. You’re traveling 3 to 4 times a week often with multiple interviews, screenings and events a day. It’s a marathon, not a sprint. And you don’t complain because you’re so conscious and grateful for how the film is doing. By the end of it, a lot of people had seen the film and we were getting really encouraging words from people like Leonardo, Brie Larsen, Daniel Day Lewis to Spielberg. I even ended up watching the movie with Robert De Niro and Clint Eastwood. The random encounters were kind of endless. Taylor Swift stopped us at one of the parties and was like “Oh my god…What?! How did he do it?!?!” But meeting Tom Hanks sticks out for me. I met him at the Governor’s Award after party. He stopped me in the hallway and reached out to shake my hand. “Free Solo is the most original film I’ve seen in 10 years.” We spoke for a few minutes…or he spoke for a few minutes…I stood and smiled a lot. When Tom walked away, I looked over to Evan, my producer who was standing behind me and he just said laughing “Yup, that just happened.”

Before the Oscars, my friend Jason Momoa had told me that he had been asked which category he wanted to announce at the Oscars. He said he chose Documentary because he was excited that if we won, he wanted to be the one who handed the award to us. Most people know him from Game of Thrones and Aquaman. Embarrassingly, I haven’t watched either. We have quite a few mutual friends and I only know him as a friend with a huge heart that is perpetually stoked and loves to climb. He also knows what life on the road show is like, living with the family in hotels for months, so whenever we were in LA he’d invite us all over to get the kids outside to hang or BBQ at his house for a home cooked meal.

We weren’t totally clear on when they were going to announce the Documentary category that evening.  It seemed like we’d just sat down when we saw Jason come on stage. I’d felt pretty casual up until then, trying to keep it cool over the weeks leading up to the Oscars, tempering my expectations etc. But at that moment, it got real, heart instantly thumping through your chest. So Jason’s up there and I sat, biting my lip, eyes wide, wishing I wasn’t wishing, just watching his facial expression. Then he opens the envelope. He’s smiling. He looks at Helen Mirren. Helen looks back at him and nods. He looks up and yells Free Solo!

At that point, you kind of go into the fourth dimension. The normal time space continuum seems to shift. Generally when I’ve gotten an adrenaline rush of that intensity it’s meant something has gone horribly wrong. It feels a bit like being underwater or something. Everything’s happening in slow motion, and it’s like you lose your hearing. You can only see in hyper reality. But this time it was a good thing.

Chai and I got up and hugged and kissed each other. As we were walking down the aisle, I remember looking over to my right and seeing Alfonso Cuaron, the director of Roma. You get to know a lot of people who have films out and are in the running for awards since you’re often at the same film festivals, events etc over the course of the year. It’s like you’re part of the class of 2019. We had met and spoken to Alfonso a few times over the last few months. He had seen Free Solo and loved the film. I remember walking by him and seeing him standing up, smiling and clapping. As we were walking by the front row, I saw Bradley [Cooper] and Lady Gaga standing there, both fist pumping and mouthing “YES!” We’d been crossing paths a lot as well. I was trying to make sure I didn’t trip on Chai’s dress, because it had a long train. We float up the stairs and Jason is there grinning, handing me the Oscar, hugging me and even kissed my cheek. I thought that was kind of funny because he was so excited.

We were walking across the stage when it was as if all of a sudden my hearing came back. As we turned left and stepped to the microphone, the whole place seemed to go off again.  It kind of erupted and people were cheering. I looked down at the front row. There were all these people who we had gotten to know over the year cheering for us, so many happy, familiar faces, so much love. I remember seeing Glenn Close standing there with both hands in the air, gleaming. (We’d spent a lot of time hanging out with her too.) I looked up across the auditorium. I don’t really get nervous in front of rooms anymore but in this moment you feel pretty vulnerable. You’re on the edge of a lot of emotions. That’s when I inadvertently swore on national television. “Oh shit!” I was a bit overwhelmed.

I think Roam is a great community of creators, a new generation of storytellers that understand this new medium, have grown up with social media, new technologies and have a different perspective on how to share and tell stories.

I’ve always found community important, especially as I’ve gotten older I’ve appreciated how much community has meant to me both in my career and personally, like the friendships that I forged early on and how important those have become and still are. We can achieve more when we work together.

For more like this check out An Interview with Karam Nwilati After his Bikepacking Trip, By Hand: These Twins Paddled from Alaska to Mexico, or Christian Pondella: Beneath the Ice.