New sailing record to 85 degrees North: but at what cost? 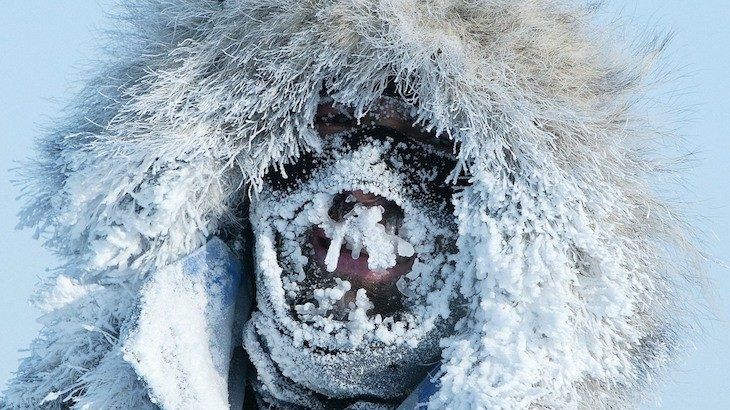 Under the rapidly waning light of the midnight sun, a ROAM team is at 85-degrees north onboard and following two adventurers – Mike Horn and Børge Ousland – are at the edge of the Arctic pack ice, ready to set out for the ever-elusive North Pole. Although they’ll make the roughly 310-mile (500km) journey from the edge of the ice to the top of the world on skis, their expedition didn’t start so far north; in fact, it started as far south as you can possibly go.

Extreme adventurer and ROAM Founding Member, Mike Horn, has an aptitude for turning traditional expeditions on their head. While most of us would think crossing Antarctica unsupported, skiing to the North Pole, and sailing from one end of the world to the other are all worthy pursuits in their own right, Mike decided that doing all three of those things at once was the ultimate challenge. “Pole2Pole is a simple circumnavigation of the world crossing both poles. Right now we are at 85-degrees 25 minutes North, the highest any sailing vessel has ever sailed into the polar ocean. For the next two and a half months Borge and I will head toward the North Pole on our skis. This is the last big challenge of the Pole2Pole Expedition.” 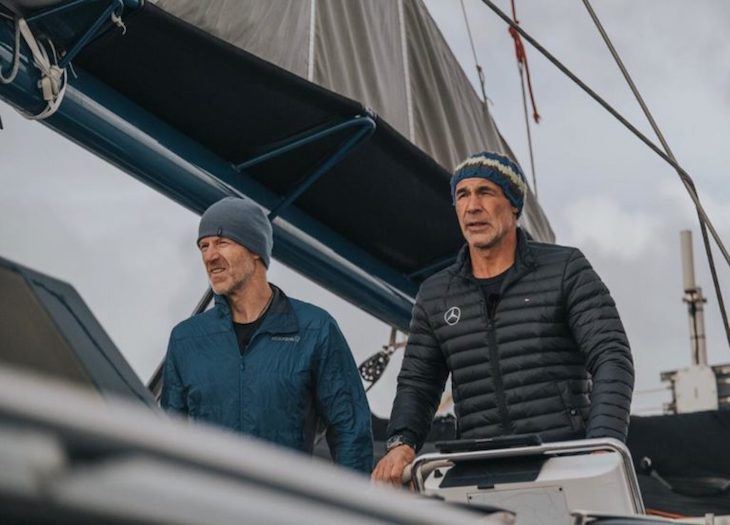 In May of 2016, Mike set sail from the Monaco Yacht Club aboard his 100-foot sailboat, Pangea, and headed south toward Cape Town. From there, he crossed the turbulent waters of the Southern Ocean and made the fastest known unsupported crossing of the Antarctic continent at its widest point.

Since skiing roughly 3100 miles (5000km) across Antarctica during the austral summer of 2016-2017, Mike has continued his three-year-long Pole2Pole expedition, making his way ever more northward toward the Arctic. Along the way, he’s made stops in New Zealand and Australia to maintain Pangea and venture into the Outback for a quick expedition. Most recently, he made a daring attempt to climb Pakistan’s K2, which is widely regarded to be one of the more dangerous of the world’s 8,000-meter peaks.

And now he and our team are just over 85 degrees north in the farthest reaches of the northern latitudes, waiting to ski into the polar night. “This whole expedition, the Pole2Pole, involves much more than just me. I need this good crew, my team, and the team that is willing to write this history. The whole crew is making that possible,” says Mike as he prepares to leave the relative safety of Pangaea.

Back to the Future

Now in this final phase of his Pole2Pole expedition, Mike is waiting to ski to the North Pole, crossing the remaining summer pack ice to reach the top of the world. While Mike and his expedition partner, Børge, made the same journey together back in 2006, skiing for 61 days through total darkness to reach the North Pole, this trip is different in so many ways. 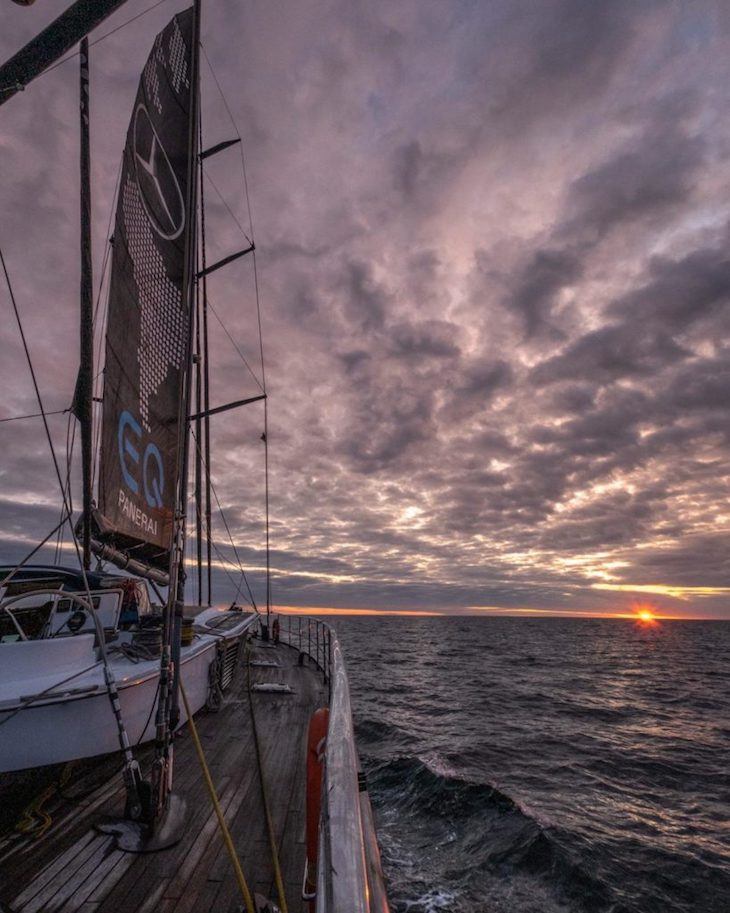 In 2006, Mike and Børge set out from Cape Arktichesky in Western Siberia, some 615 miles (990km) from the North Pole. Over the course of 61 days, the duo skied in ten-mile increments, dragging more than 300 pounds of food, fuel, and supplies with them as they ventured farther and farther north during the black darkness of the polar night.

This time, the pair will start their journey even closer to the pole, not because they’re looking for an easy way out, but because they’ve already done the seemingly impossible: sailed to 85 degrees north, the farthest north any wind-powered vessel has ever traveled.

But first – some history…

The ends of the Earth have long captured the minds and imaginations of explorers wishing to be the first to journey to some of the world’s most remote places. Although the thought of endless riches led hundreds to seek out a Northwest Passage through Canada’s icy waters from the sixteenth to twentieth centuries, the first expedition to set out with the explicit purpose of reaching the North Pole wasn’t until Sir William Parry’s in 1827.

While Parry and his team didn’t quite make it to the North Pole, they did reach a new northernmost point of 82°45?N, a record that stood proudly for a handful of decades. During the 19th century, a number of subsequent expeditions pushed the northernmost point slightly more northward by a handful of minutes of latitude each time.

So, where do our explorers, Mike and Børge fit in? It turns out that, while ships have made it pretty far north in years past, no sailboat has ever made it to 85 degrees north without icebreaker support, until now.

To the Edge of the Ice

Pangea’s northernmost position at 85 degrees north is the farthest north that any sailboat has ever ventured without the support of an icebreaker, though that’s not because no one else has tried. In fact, British adventurer, Pen Hadow, made a similar attempt to sail to the world’s northernmost waters on his Arctic Mission, reaching a point of 80°10?N in 2017 on his sailing yachts, Bagheera and Snow Dragon II, before turning back due to the density of the pack ice.

Indeed, other ships have made it even further north than Pangea, including the expedition ship, Hanse Explorer, which reached 85°40?N in 2014, and the naval submarine USS Nautilus, which sailed under the pack ice in 1958 to reach the North Pole. Both were specially designed ice-breaking power boats.

While Pangea’s achievement is nothing short of remarkable, having set sail from Nome, Alaska, just a few weeks ago, it is a sad reminder of how our world is changing ever so rapidly, especially in the North.

Changes in the Ice

When the earliest expeditions set off into the great unknown of the Arctic Ocean’s icy waters, they found dense pack ice much further south than we do today. These days, expedition cruise ships carrying tourists and scientists routinely make it to 80 degrees north or even further in ice-free waters from mid-June onward after cruising for just a few days around the coast of Svalbard, something that would’ve been unthinkable just a few decades ago.

Mike and Børge’s northernmost point attained by sailboat is a new world record but isn’t necessarily cause for celebration. With the rapidly melting summer pack ice, it’s possible that we might see a sailboat reach the North Pole without icebreaker support in the near future. But, what we will certainly experience are innumerable and indelible changes to our home planet, with the icy northern regions of Earth melting quickly into the sea. 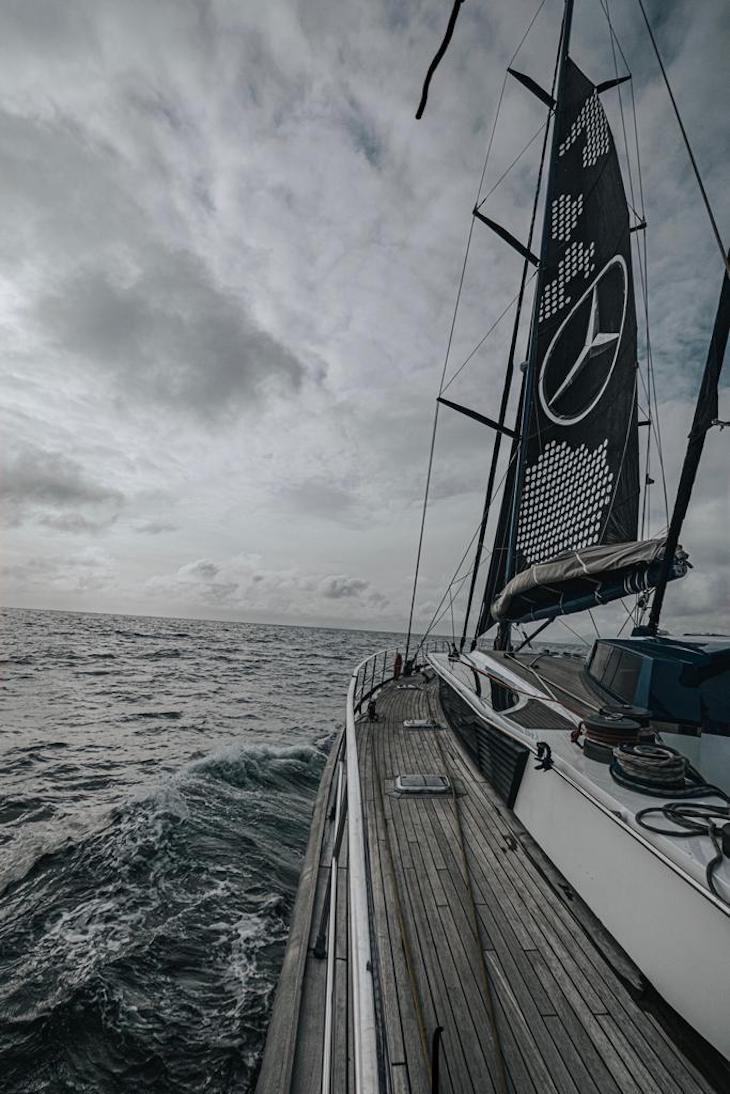 Mike expands from the deck of Pangaea, “Today I am sailing where before I could ski. To be able to sail as high as 85-degrees North – it is really a big concern. Because I can see the changes in only 13 year. The Polar Ocean is very different than last time. We have less ice, we have less polar bears. We do not have the same weather conditions and temperatures that we used to have 20 years ago. We cannot say whether or not this is global warming but there is definitely change in our climate. Climate change is real. Whatever you want to call it what matters is that we take care of the planet that actually feeds us. We have one planet. It’s like a mother that feeds you. For us, the ice melt is makes it so we can get further north. But very sad. Twenty years from now – we will have very little ice on the polar ocean. That has a real effect for all of the 7 billion people on this planet.”

Stay tuned to ROAMtv and ROAM social media Instagram and Facebook to follow Mike and Børge’s adventures as well as our ROAM reporters onboard Pangaea as they send us the satellite updates from onboard.

Check out our next Expedition: Routes to the Top of Mount Everest